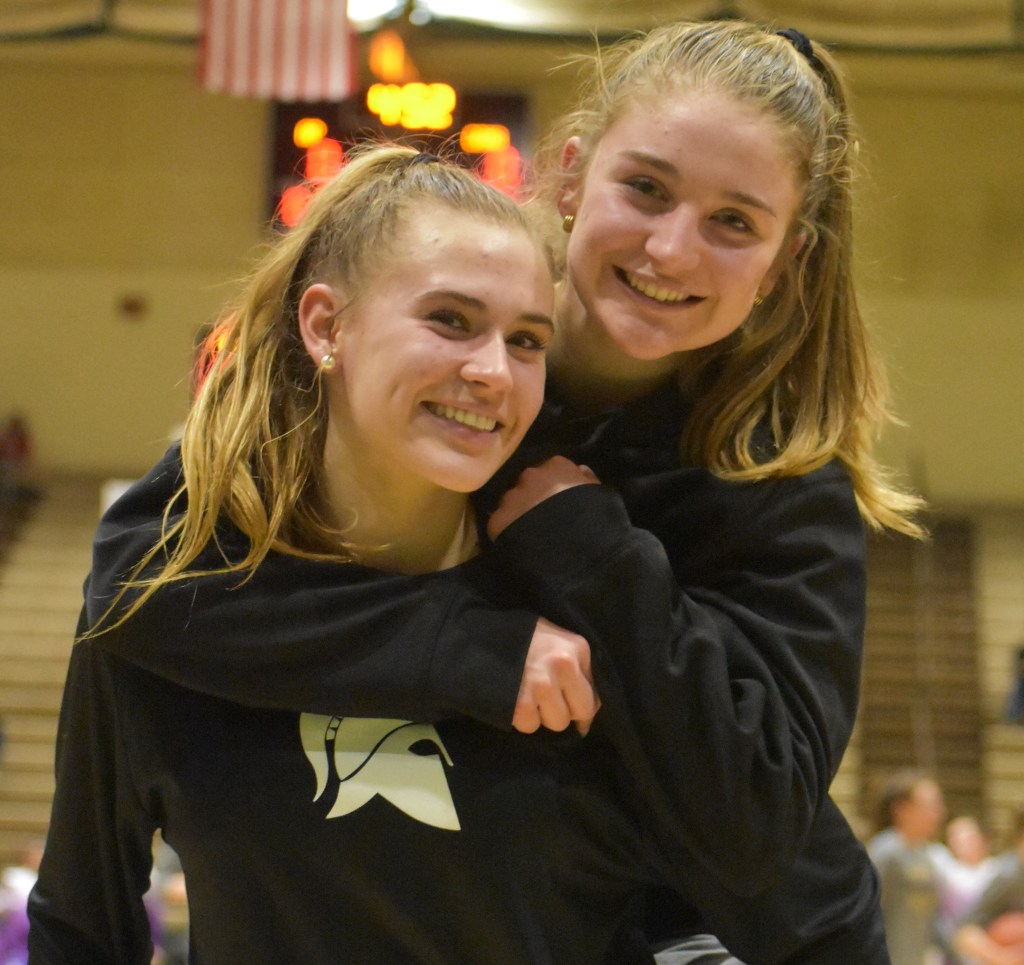 Trisport athletes Blesi and Lescault have been inseparable since sophomore – Saratogian

BURNT HILLS, NY — MK Lescault and Ella Blesi have defined what it means to be a student-athlete, not in one or two sports, but in three.

They did it all together.

Lescault and Blesi have spent a lot of time together over the years. Since third grade, they’ve been through the throes of soccer, basketball and lacrosse seasons.

“We see each other like every day,” Lescault said. “It just became a habit to be together all the time. Kiss on the sidelines; it is normal for us.

“My parents encouraged us to play sports, but we could always decide what we wanted to play,” Blesi said of the three sports.

“First of all, they’re two amazing people and they’re amazing kids,” Bynon said of Blesi and Lescault. “They want to win so badly and they know you can’t win without a team. What they do, to represent our school district in all the sports they play; they’re great kids from great families and they know what what it means to compete.

2012 marked the start of the duo’s journey together in Burnt Hills United football, as second year pupils.

“I think the most important thing they both bring is their positive energy and their mindset,” Boucher explained. “Whether it’s practice or a game, they constantly push themselves and others to do their best. Their work ethic sets a standard for the rest of the team.

Not only do Lescault and Blesi push others to work harder, they also push each other to their limits.

“They have this indescribable connection on and off the pitch. They are best friends and they are competitors. They can fight and yell at each other and they do it because they try to get the best versions of each other,” Kerner said. “They want each other to be at their best. It’s a friendship they’re going to have for the rest of their lives and it’s really special to be able to watch it.

Currently, the pair of juniors are in the middle of their lacrosse season. The Spartans started with a 6-1 record. They lost their season opener to defending Class A Division 2 champions Bethlehem and went on to win six games in a row.

After falling to Queensbury in the Class B title game last year, the women’s lacrosse team is now back in Class C; the same division they were in during their triple section championship from 2017 to 2019.

Burnt Hills will get a rematch against the Northern Spartans on April 29 at home.

“I’m glad we’re back in Class C,” said Lescault, who was a member of the 2018 and 2019 squads. “Queensbury are a very good team and I don’t think we were ready for them last year. It felt like we were falling apart. They were definitely the better team. I think playing them this year in the regular season is going to be fun and we’re going to be ready for the rematch.

Of the three sports, lacrosse is by far the number one sport for Lescault, who is committed to playing Division I women’s lacrosse at Johns Hopkins University in Baltimore, Maryland.

“I think MK’s commitment to Hopkins and continuing to play football and basketball speaks to the nature of what it means to be a student-athlete at Burnt Hills,” Kerner said. “Just because she knew she was going to college for lacrosse didn’t mean she had to stop being an athlete wherever she could. She wants to do it all the time. It’s in his blood.

Being a tri-sport athlete is no picnic. Going to practices every day after school, devoting the extra time necessary to be in the best physical shape, participating in travel sports, in addition to school work; it takes a toll. This almost led Lescault to sacrifice one of his sports.

“I wanted to quit football at some point, but my mother wouldn’t let me,” Lescault said. “I really like football and I’m glad I kept playing.”

With only one football season left, she can’t stop now.

Blesi, who has not yet committed to a university, has always considered herself a football player.

“I was actually told I was the best at lacrosse, but soccer is the sport I’ve been playing forever and I’ve always loved it,” said Blesi, who served as soccer captain for the season. last. “My dad played soccer in college and he was always my coach. It’s just the one I wanted to play in college.

Blesi has been exploring her options at the Division I and Division III college levels for soccer, though she hasn’t completely closed the door on playing soccer and lacrosse, should she move up to D3.

“At this point, I’m still trying to connect with coaches and see what would fit best,” she said.

Last winter, the junior duo helped break the status quo of the women’s basketball program. After years of non-competition, the Spartans were 14-9 overall and advanced to the Division 2 Class A Championship game where they fell to eventual state champion Averill Park. .

“Honestly, it was unreal,” Blesi said of the basketball season. “The year before, we were falling apart. We could barely play games because we didn’t know if we would have five people. Coach Bynon came along and completely changed the environment. Everyone loved to play and came to practice every day. It was so much fun. After the season ended, everyone kept saying how badly they had missed practice and wanted to get back to the gym. I don’t think our program has had that kind of energy in a while and our eyes were opened to just how good we could be.

“They play so many minutes and everyone has their own thing,” Bynon said of Blesi and Lescault. “Ella is that floor general there, who runs things. MK is the one who plays solid defense and we had to run her at one point. Really, I just call them four and five.

While Blesi keeps his number (five) the same in all three sports, Lescault changes his number. She is four years old in basketball, six years in soccer and zero in lacrosse.

“These two are the dream team. I feel lucky to have coached them,” Boucher added. “They are both high quality athletes because of their drive and desire to be better. than the day before. They hold themselves to very high standards and the team follows. I can’t wait to see what the future holds for both girls. They are sure to do great things.

The dynamic duo get a little break to play together over the summer. Although Lescault tried several times to get Blesi through, Lescault stuck to lacrosse during the summer and Blesi played travel football.

While there are certainly more memories to come, with the rest of their junior year and their entire senior year, there have already been plenty of memories that will last a lifetime.

“In seventh grade, we were playing travel basketball and we won the league championship,” Blesi recalled. “I remember having the ball at the end of the match. I threw it up and MK came over and hugged me. This is probably my favorite moment.