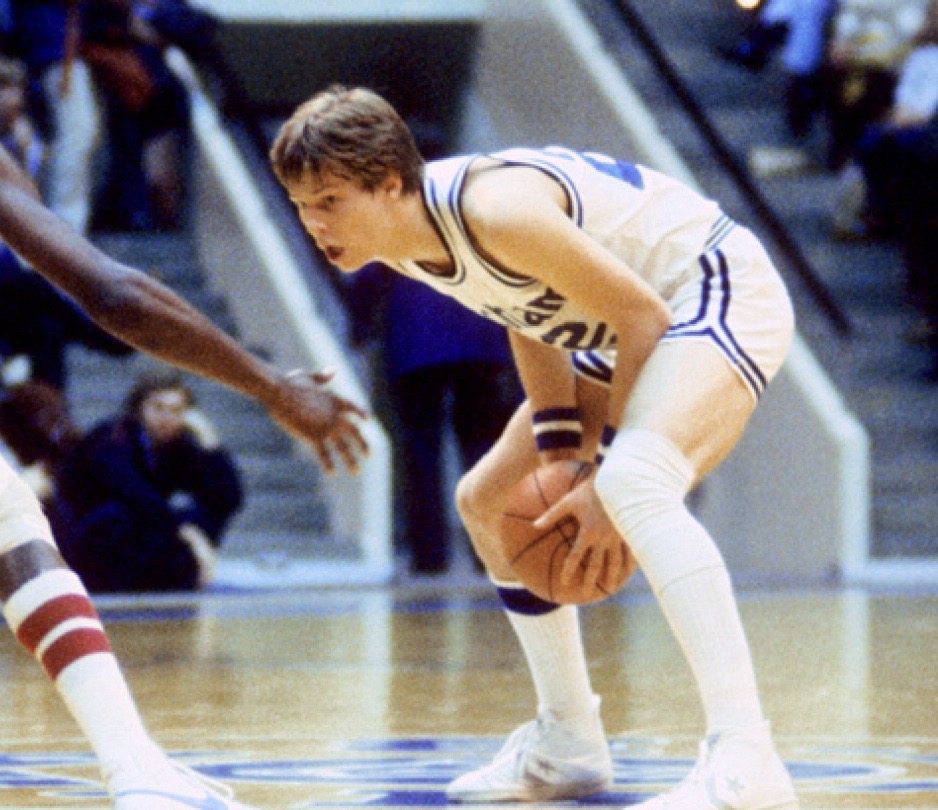 Few athletes have what it takes to excel in their respective sports at the college level. Even fewer are able to succeed in more than one sport while in college.

BYU has had a handful of athletes who have managed to shine in two or more sports during their college career. Following recent reports that Cougar hoopster Dalton Nixon is considering joining the football team for the upcoming season, The Universe took a look at seven of the most successful multi-sport athletes to have walked the BYU campus. over the past 50 years.

Danny Ainge was a high school football, basketball and baseball All-American in Oregon before coming to Provo. Ainge was also drafted by the Toronto Blue Jays of MLB in the 1977 Entry Draft before he started college. He played the next four years with the Blue Jays, reaching the major leagues in 1979, while playing basketball at BYU.

“Danny Two-Sport” led the Cougars in scoring in each of his four years with the team and finished with a career average of 20.9 points per game. Ainge set several team, WAC, and NCAA records in Provo, including the record for most consecutive double-digit scoring games with 112. Ainge decided to focus solely on basketball after being drafted by the Boston Celtics in 1981 and won two championships. during his 16-year NBA career. He is now the general manager of the Boston Celtics.

Doug Howard was a two-time All-American as a first baseman at BYU and set seven program records during his three years with the team. The 6-foot-3 Salt Lake City native also played guard under legendary BYU hoops coach Stan Watts and finished his college career as the fourth-highest scorer in program history.

Howard was drafted by both the Chicago Bulls of the NBA and the California Angels of the American League after graduating from BYU in 1970. He chose to stick with baseball and played professionally for seven years before to retire in 1977.

Shauna Rohbock was a six-time All-American and a three-time All-WAC First Team while playing with the BYU women’s soccer team. She scored 94 goals in 90 games and finished her college career ranked 6th on the NCAA career goalscorers list. The Orem, Utah native also competed on the track team for two seasons at BYU, setting multiple team records during the 1998 season and winning the heptathlon at the U.S. Outdoor Championships. WAC that year.

Rohbock played professional soccer with the San Diego Spirit of the Women’s United Soccer Association until the league closed in 2003. She then became a professional bobsledder, winning multiple gold medals at various World Cups and an Olympic medal. silver at the 2006 Olympics.

Hamson was selected in the second round of the 2014 WNBA Draft by the Los Angeles Sparks, but opted to defer league play for a season so she could attend the States National Collegiate Volleyball Team Camp. United and use his final year of eligibility to play with BYU. women’s volleyball team. She began her professional basketball career in 2015 and spent the next four seasons playing in the WNBA and overseas.

Vance Law was a three-time All-WAC shortstop at BYU, hitting a .306 clip in his four years with the baseball team and adding 181 hits and 93 RBIs. The Provo High graduate also started guarding for the Cougar Hoops team and earned three letters there.

Law was selected by the Pittsburgh Pirates in the 1978 MLB Draft and made his major league debut in 1980. Law spent the next 11 seasons with various MLB teams and was named an All-Star then he was playing for the Chicago Cubs in 1988. After retiring, Law spent five seasons as a baseball head coach at Provo High School before working as BYU’s head coach from 2000 to 2012.

Corbin Kaufusi stood out as a defensive lineman on the football field and center on the basketball court at Timpview High School and BYU. Kaufusi racked up 154 ​​total tackles over his four seasons on the Cougar football team, including 92 solo saves and 17 sacks. He also spent three seasons on the BYU basketball team and averaged 3.8 points and 3.6 rebounds per game while shooting 59% from the floor.

Kaufusi signed with the New Orleans Saints as an undrafted free agent after graduating from BYU in 2019. He later signed a deal with the New York Jets and reunited with his older brother and former teammate of high school and college, Bronson Kaufusi.

Jaren Hall threw for 5,109 yards and 52 touchdowns as a quarterback at Maple Mountain High School and was rated the No. 3 prep quarterback in Utah by Scout. Hall also hit .375 in his last two years with the Maple Mountain baseball team with 54 RBIs and eight home runs. Hall continued to split his time between the football and baseball teams during his first two seasons at BYU.

Hall made his first college start at quarterback in the 2019 campaign against USF, going 15 of 23 for 148 yards and a touchdown while adding 83 rushing yards and a rushing touchdown. Hall also started against Utah State later in the season, passing for 214 yards and adding two rushing touchdowns before recurring concussions kept him out for the rest of the year. On the baseball field, Hall has appeared in 32 games so far as an outfielder and has tallied 12 hits and 13 runs, including a grand slam earlier this year.