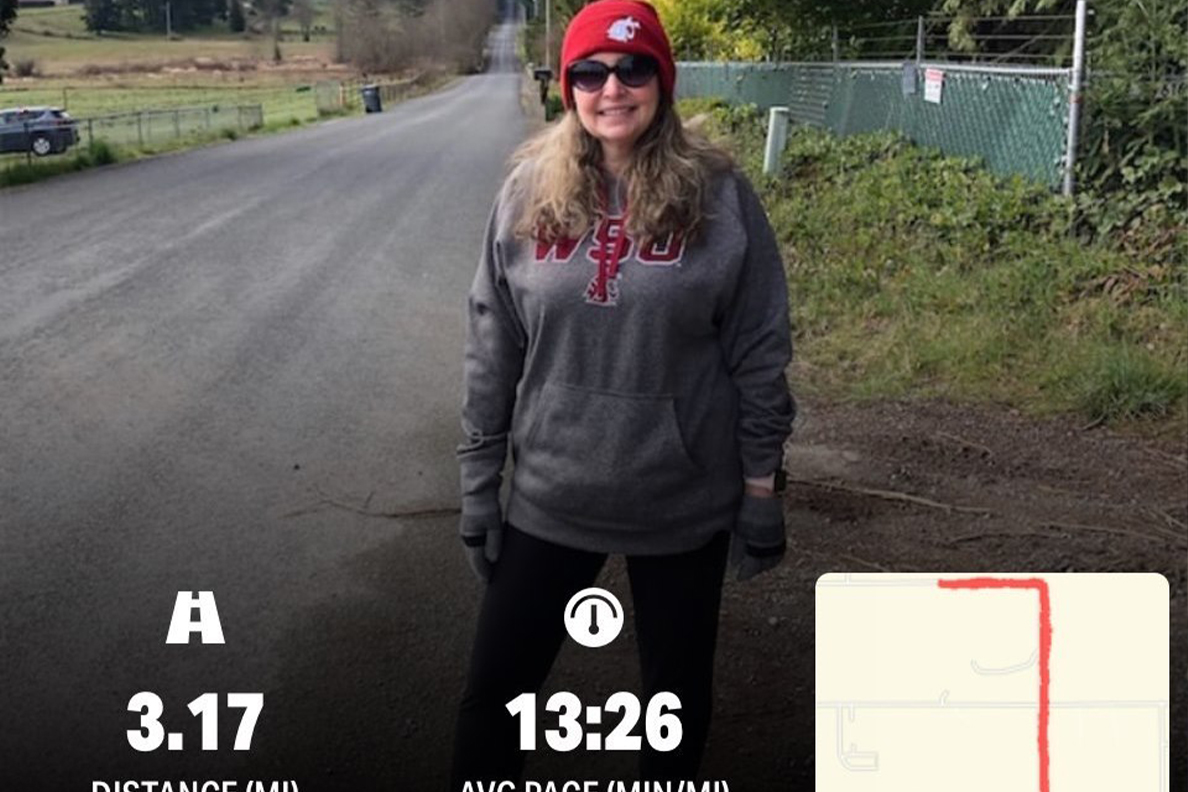 Due to the novel coronavirus, a group of sports management students kept their annual fundraiser going virtual and ended up raising $2,247 for the Lauren McCluskey Foundation.

The group, as part of the Capstone Sport Management 489 class, has transformed its planned 5km race into a “virtual 5km”. Each of the 69 participants tracked their runs on the UA MapMyRun mobile app between April 4 and April 11. All the money raised by the project team came from runners’ entry fees and a corresponding auction.

“Since everyone has been social distancing or quarantining, we thought we could market this event as a way for people to get out and exercise, while supporting a great organization and cause,” said Claire Smith, a student in the class and one of the group leaders. “We also encouraged our participants to follow CDC guidelines while completing their 5Ks.”

Organizing a fundraiser each year is a fundamental part of the Sport Management 489 capstone class. stay in the program and put them to the test in some sort of event.

“We simply choose to organize charitable events because that’s who we are and it helps the philanthropic mission of the university and our college,” said Chris Lebens, assistant clinical professor.

Lebens said students can choose their philanthropy; it is not chosen by the faculty. This year, the group chose the Lauren McCluskey Foundation, which supports charitable work in the areas of campus safety, amateur athletics and animal welfare. They called the event the McCluskey Virtual Race for Campus Safety.

“We chose the McCluskey Foundation because Lauren was a Pullman resident and a star athlete,” Smith said. “We were also very committed to the Campus Security part of the foundation, as it is becoming increasingly important across the country. The McCluskey family were very open to us doing what we wanted and were supportive of all of our ideas.

Lauren McCluskey was murdered on the University of Utah campus on October 22, 2018. As noted on the foundation’s website: “A worldwide outpouring of grief testifies to the light she brought during her life. The Lauren McCluskey Foundation was created to ensure that her light will endure.

Lauren McCluskey’s mother, Jill, said her family and the foundation have received a lot of support from WSU students.

“I thought it was great that the students wanted to make a difference,” she said. “We have had so much support from WSU students. They made such a difference.

Lauren’s dad, Matthew, said he was “delighted” the students reached out to the family.

“Their event was a huge success, especially given the short time and the COVID-19 situation,” he said. “I am amazed and very grateful.”

Desiree Stinger, one of the project leads, said it was unfortunate that COVID-19 thwarted some of the considerable time and effort the team had already put in. Still, she said she was proud of how the group adapted and still helped the event. materialize.

“At first it was disappointing to be so close and yet so far away,” she said. “Other groups have had to cancel their events completely, but we were lucky enough to be able to upgrade our event to a virtual event.”

For those wishing to support the Lauren McCluskey Foundation, donations may be accepted at www.laurenmccluskey.org or by purchasing on Amazon via https://smile.amazon.com/. For quick updates on events and other initiatives, the foundation now has social media accounts on Facebook, Twitter and Instagram. Those interested in volunteering can contact Matt McCluskey at [email protected].

Gatorade Player of the Year to honor spring sports athletes

Assistant Professor / Lecturer in sports coaching and / or sports management at…

Hockey Canada bragged about ‘unparalleled’ handling of safe sports in…