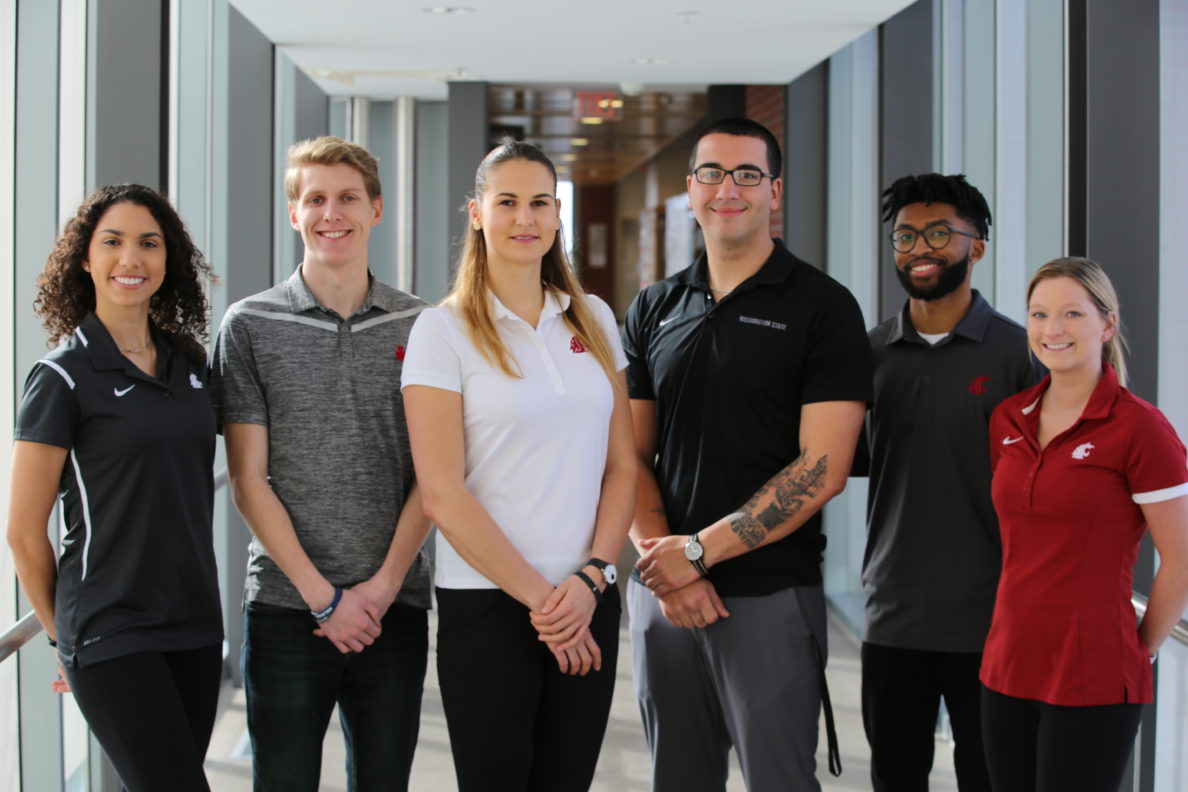 By Katie Merrick, College of Education

The numbers are in, and WSU sports management students raised a grand total of $25,000 for Hilinski’s Hope Foundation last year through their capstone courses.

Hilinski planned to major in sports management, making the foundation a fitting choice for his WSU peers to raise funds.

“The goal of this capstone course is to incorporate all the aspects they have learned in sports management, planning, executing and evaluating a sporting event as a philanthropic enterprise,” said Lebens. “Students are allowed to choose their philanthropy, it’s not run by me or the sports management program.”

The students also had the opportunity to work closely with Kym Hilinski, Tyler’s mother, while planning and running the fundraising events.

“Chris asked us to come talk with the classes,” Hilinski said. “It was a really moving experience because I was sitting there, and I was looking at these beautiful students and their eyes were so big and they’re so young and so kind and they were so determined to help and do good things. It was so touching.

Lebens also noted the impact the experience had on the Hilinski family.

“It was a lot of fun because they got to see the academic side,” Lebens said. “It meant a lot to them to see the students because they are Tyler’s classmates and they are different from his teammates.”

The foundation’s goal is to raise $2 million to be able to send practical tools to universities that request them.

Lebens said he hopes the 2019 spring semester will be the most successful yet in terms of fundraising for Hilinksi’s Hope, as that’s the semester Tyler would have taken over running the 489 sport.

“The goal for the class this semester is to raise the same two million dollars,” he said. “If our goal is their goal, no matter what, we can’t fail.”

Sports Management 489 students will plan and execute three events for Hilinski’s Hope this semester. These events will be a weekend moms bowling event, a lunchtime bingo bargain, and a viral challenge attempt.

“I think we’ve done very well so far. If we compare the ice bucket challenge data, we’re further along,” said Barbora Michalkova, Viral Challenge Team Leader. in the first week, we made over $4,000 and had 1,840,766 impressions. Currently we have raised approximately $7,000.

The viral challenge launched on March 3, and students will continue to stay in check during WSU Moms Weekend. After that, the students plan to hand over the project to Kym Hilinski and Hilinski’s Hope Foundation so they can continue the project.

Nate Collier, social media coordinator for the student team, said: “I think the idea behind this was really unique because there are no instructions for a viral challenge.”

Hilinski’s Hope’s mission is to raise awareness of mental health stigma in athletics, but the unspoken mission is to keep Tyler’s name alive and that’s what these students are doing.

Hilinski said her son’s story and what the foundation is trying to do has touched many people.

“The Coug Nation, current students, alumni, so many teachers and so many organizations at school have been amazing,” she said. “They’ve been so kind and supportive, including the sports management lessons.”

Since the sports management capstone course is about process rather than individual philanthropy, this semester will likely be the last for Hilinski’s Hope.