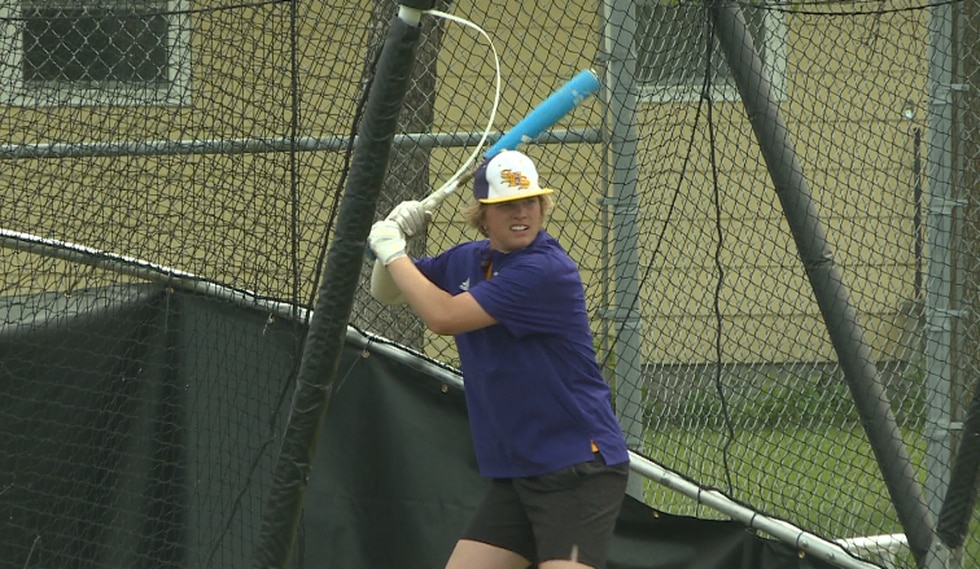 FARGO, ND (Valley News Live) – For the fifth time in program history, the Sacred Heart baseball team is returning to the state tournament. For Sacred Heart, it is a return to form after falling narrowly last season.

“Last year it was a big disappointment that we fell.” said the elder Cullen Rohrich. “We knew we just had to regroup and come back. Now we are quite excited to be back to our goal. We have a good team and I think we can go quite far when we get to the tournament.

“If we can play our game, no one will beat us.” said his classmate Izaac Zavoral. “We’re a pretty talented group. Everyone in our 1-9 lineup can hit the ball over the fence. It will be fun to see and show people what we can do there.

This team includes a group of players who are certainly no strangers to the playoffs, in fact, there are ten members of the roster who made history just three months ago. They were members of the Sacred Heart basketball team that made its first appearance in a state tournament earlier this spring. The camaraderie they built on the hardwood moves seamlessly onto the diamond.

“From the beginning of school until the end, we are together. added fellow senior Sam Gapp. “We hang out in class. Small classes so we see each other every year. We have those times when we get mad at each other, we get bored with each other, but it all works out in the end. We are all great friends.

“It makes it a lot more fun, you can carry jokes you’ve had from sport to sport.” said Rohrich. “It’s a lot of fun. It’s kind of cool that we have a lot of these guys from the basketball team on the baseball team as well.

Some athletes spend their entire high school careers never making it to a state tournament. The fact that these players are about to go to their second in three months does not escape these multi-sport athletes.

“We’ll come back to it a few years later and realize we had a pretty special team.” Zavoral added. “It’s an honor to be a part of it, and your name will go down in history, so it’s a good feeling.”

The last time Sacred Heart played in the state tournament in 2019, they finished second in Class A. This group has a chance to make history in another sport, starting Tuesday in Saint-Cloud . They face South Ridge in the first round.