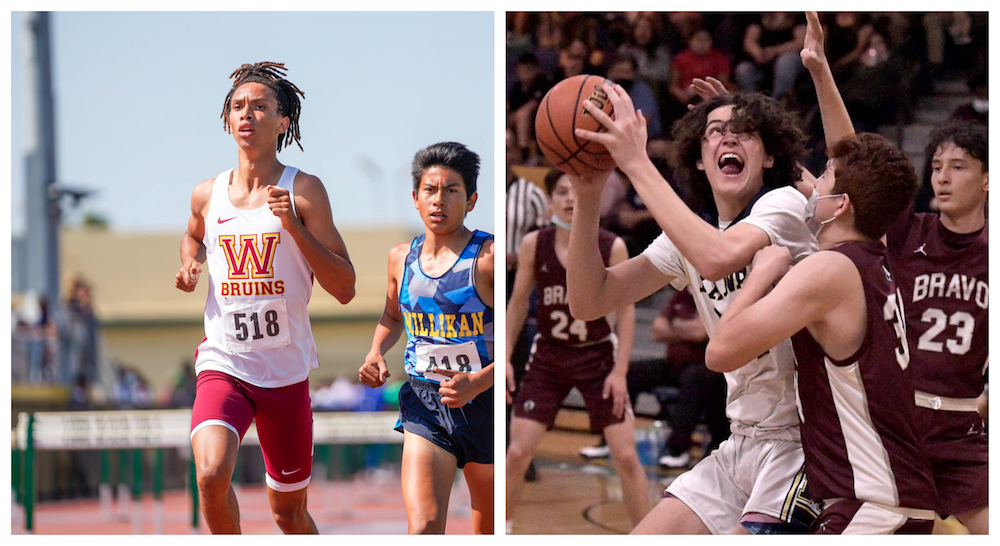 As athletes begin to specialize in a sport or even hold a position within a sport at an increasingly early age, the era of the multi-sport star is largely over. It’s no longer the norm for the city’s dominant high school athletes to earn Player of the Year consideration in multiple sports like Willie McGinest once dominated football and basketball, or Tony Gwynn was a baseball star. and basketball.

But there are still athletes who compete in multiple sports for their schools — and in Long Beach, athletes who excel in doing so. Such is the case with this year’s winners, a senior and a freshman, who were both all-league caliber in multiple seasons.

Wilson senior Nico Colchico was the multi-sport athlete of the year his junior year, which saw him compete in track and field competitions and basketball games for Wilson on the same day thanks to the compressed schedule bizarre of COVID-19. As a senior, he was one of Southern California’s top multi-sport athletes.

He had a strong cross-country season, followed by a basketball season with the All-Moore League second team, before moving to track and field in the spring for his third competitive season of the year. school. This is where Colchico excelled, as the Moore League Champion and Division 1 CIF-SS Champion in the 1600, with a best time of 4:09.84; he also won the Oregon 800 m relays with a time of 1:54.26.

Colchico signed a full track scholarship to Indiana and, befitting an athlete of varying skill, he could run anything from 400 to a mile while training on the cross country team. -country in the fall.

Then in the spring, he really played for Millikan, earning first-team All-Moore League honors as a men’s volleyball player, a sport where he’s already garnering scholarship interest and attention.