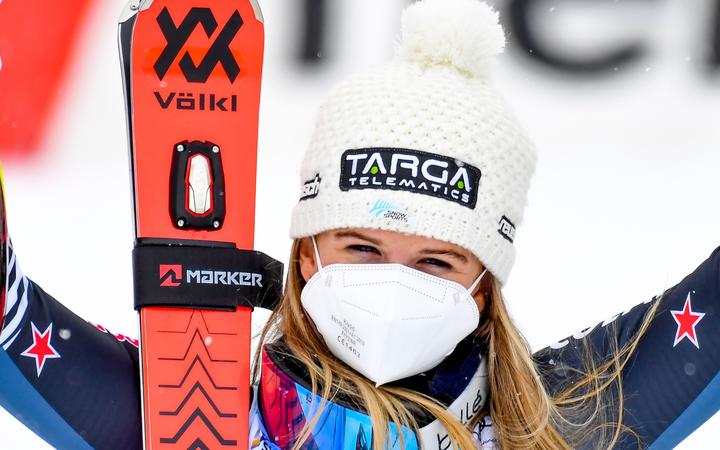 High Performance Sport NZ will fund the construction of an Olympic-quality halfpipe and other training facilities to help New Zealand winter sports athletes prepare for the Beijing Winter Games next year. next.

HPSNZ will provide an additional $306,000 to create the halfpipe alongside big air and slopestyle facilities at Cardrona, dedicated speed training lanes at Coronet Peak for Alice Robinson and para-alpine athletes, and an injection bar to prepare injected slopes that will replicate the harsh and icy conditions encountered in World Cup and Olympic level alpine and para-alpine events.

The injection bar will further boost support for Alice Robinson’s campaign by enabling the preparation of injection courses in New Zealand.

“It’s a huge boost for me. The conditions you ski in any mountain in New Zealand are quite soft and easy. It’s not quite like what it is for us when we race in Europe etc. It’s always bulletproof or super firm ice so it’s really hard to find those conditions in training in New Zealand and the injection bar will help tremendously.”

HPSNZ Chief Executive Raelene Castle said: “It is important that New Zealand athletes have world-class training facilities, and we are delighted to be able to help Snow Sports New Zealand continue to improve the training environment in and around Wanaka.

“It’s one of the many ways we support athletes as they prepare for the Olympic and Paralympic Winter Games and, as we’ve seen over the past few months, they’re on track for something very big. special.”

The $306,000 is the latest in a strategic facility investment program to support the program’s growth and success, including: $500,000 in 2017 to install air bags at Cardrona to enable athletes to train and perfect their jumps with a reduced risk of injury, $407,000 in July 2020 to help deliver National Training Facilities, which was primarily spent in Cardrona to support park facilities and Pipe (Slopestyle and Halfpipe) and $600,000 in October 2020 for the development of a year-round dry slope training environment for the targeted Beijing 2022 park and pipe and development athletes preparing for cutting-edge events beyond Beijing leading up to and including Milan 2026.

Additionally, HPSNZ invested over $8 million in Snow Sports NZ’s high performance program during the Beijing Olympic quadrennial and the program is in its strongest ever position heading into the Games. Winter Olympics and Paralympics in terms of medals. potential.

“Our grassroots investments and initiatives, including previously invested landing bags, have been instrumental in our success at the PyeongChang 2018 Winter Olympics. Since PyeongChang, we have received even greater support from HPSNZ, helping to fuel our new successes on the world stage.”

“It’s a really exciting time for snowsports in New Zealand, with a team of talented young athletes proving themselves time and time again on some of the biggest snowsports stages in the world. The ability to create a world-class training environment and being able to replicate the conditions in which our athletes will compete in the Olympic and Paralympic Winter Games gives us a real competitive advantage,” said Cavanagh.

Do athletes in all 3 sports really need longer breaks?