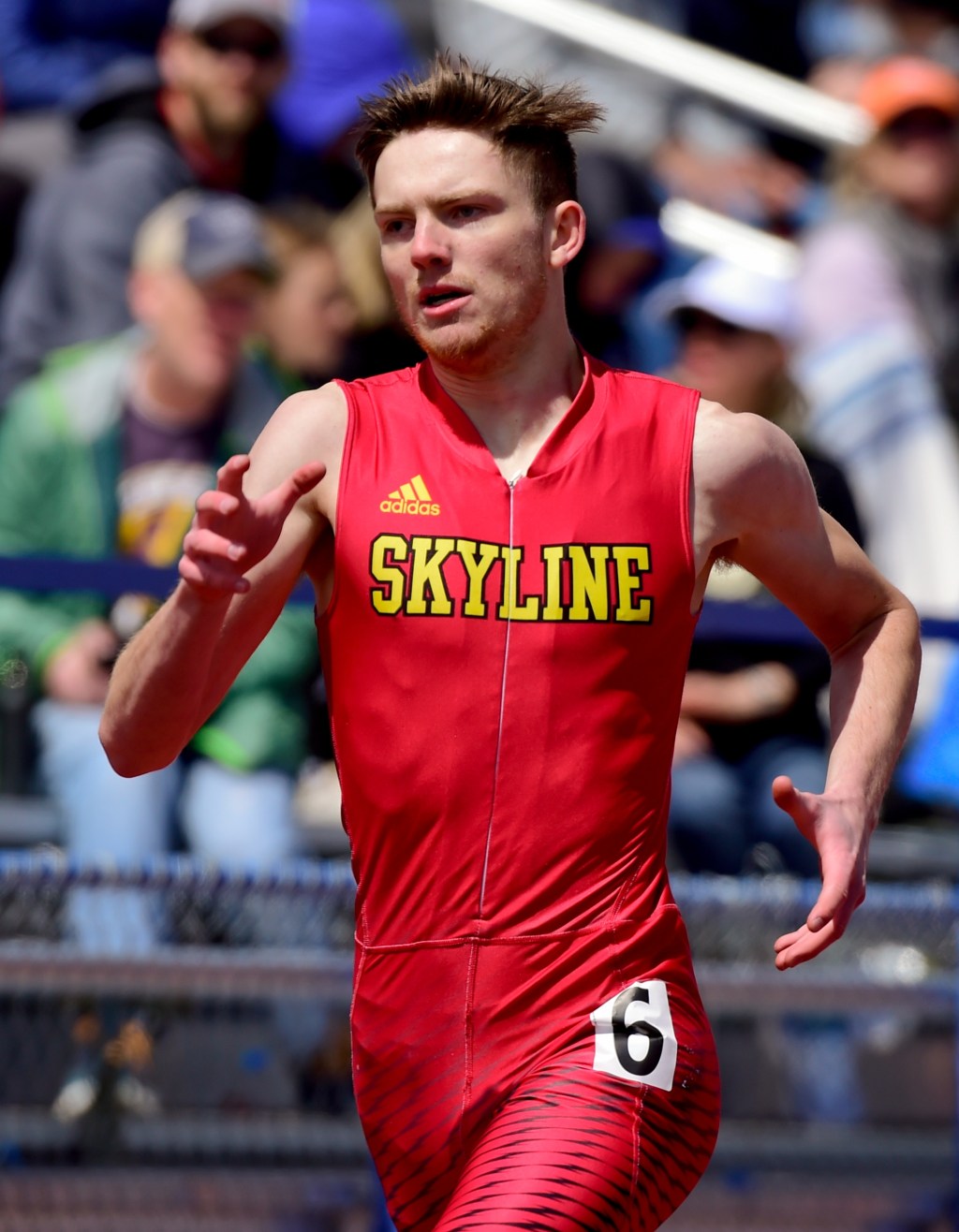 Multisport Athletes Who Caught Our Eye This Spring – Broomfield Enterprise

Multisport athletes. They are everywhere you look.

But since specialization (and big money) often comes into play at the college and professional levels, high school is where the interchangeable star can thrive the most.

As the spring season nears its halfway point, here are some BoCoPreps.com spring athletes who have also made a name for themselves elsewhere in the sport.

Claire Adams, Sr., Mead: She finished a stellar high school softball career in the fall, hitting .624 in her senior season while holding a 3.27 ERA in 40 2/3 innings pitched. Now her swing can be seen on the golf courses, where she scores for the varsity team.

Grayson Arnold, Sr., Holy Family: Arnold compiled some stats for Holy Family football in the fall. Most notably, a recovered fumble in a seven-point win over Pueblo South. In athletics, he is at the forefront. Then whoosh, faded away. Heading into the weekend, Arnold clocked the state’s fastest 200 meters (21.64 seconds) and second fastest 100 meters (10.77).

Annabelle Biggar, Jr., Dawson: A standout on the women’s lacrosse field this spring, “Biggar is Better” helped fuel a strong start for the Mustangs, scoring 25 goals in the team’s first four games. In the winter, she led the women’s basketball team with 14.7 points per game and 7.4 boards.

Ty Chandler, Sr., Boulder: Chandler has 11 goals in nine games for Boulder Lacrosse, which has won three of its last four games. A footballer too, he had 11 receptions and 22 tackles for the Panthers in the fall.

Bryce Conover, Sr., Frederick: The campus big man was a standout basketball player who in March helped Frederick advance to the state semifinals for the first time in 66 years. He was also the school’s starting quarterback last fall, and now he’s producing on the baseball field with 11 RBIs coming this weekend.

Jenna Joseph, Sr., Longmont/Mead: Wrestling and golf. What a combo. Joseph won the 161-pound title for Mead in February and can now be seen on the links for the Longmont women’s golf team. Not that she would, but arguing during her backswing seems misguided.

Josh Dunn, Sr., Broomfield: Dunn, what didn’t he do? … A handy fruit for the author of infertile titles, Dunn’s ceiling in sports is far beyond. The senior has played four sports during the pandemic. An outstanding receiver in football, he was also a major contributor to the winter basketball team. The CSU-Pueblo football commitment is currently a hindrance in athletics.

Derek Duplechin, Jr., Broomfield/Monarque: The 6-foot-4 junior has proven he can shoot as well as shoot during the lacrosse season. He bounced back nicely after getting his head drilled against Lakewood on Monday. He leads the team with 24 goals this season. In the winter, he averaged 6.9 points and 3.3 boards for Broomfield basketball.

Chrisly Kelly-Cannon, Jr., Jefferson Academy: Kelly-Cannon currently holds a top five in the state in the 100 and 200 dashes. In the fall, he was a quick weapon for the football program, scoring nine times as the Jags reached the 3A state title game.

Ava Kuszak, Sr., Holy Family: The Wisconsin softball commitment is a four-time high school state champion. She won three with the school’s titan softball program and was part of the football team that clinched a 4A title last year as the 12th seed. Late last month, she scored with 29 seconds left to beat Erie for the team’s first win of the season.

Aidan Miller, Sr., Silver Creek: Averaging 7.3 points and 4.2 boards for the basketball team, the 6-7 senior is now an integral part of the Raptors jump team in track and field.

Andrew Muncy, Sr., Skyline: Muncy had 22 catches in the fall for the school football team and scored four touchdowns. Now his speed is settling on the track, where he entered the weekend with Colorado’s fastest 400 time (49.05) in 2022.

Kaelan Norgard, father, monarch: Norgard finished 15th at the Front Range League Women’s Golf Tournament on Tuesday, shooting a solid 21 over the par-91. In the winter, she was a multifaceted swimmer who won three races, according to MaxPreps.

Corby Tecu, Sr., Mead/Erie: Tecu has already bid farewell to the senior season. First helping lead Mead football to the state title game and then getting Mavericks basketball back to the quarterfinals, he’s a spring juggernaut for the Erie lacrosse team, which is currently ranked second in Class 4A. Tecu committed to Drexel University for lacrosse.

Brandon Sanchez, Jr., Legacy: Sanchez is a running back/wide receiver/defensive back threat on the school’s football roster. In the spring, he is an outstanding player. Heading into the weekend, he led the Lightning 9-0 with a .562 batting average and 16 RBIs.

Samuel Thengvall, Sr., Peak to Peak: A producer on the soccer field in the fall, in basketball in the winter, Thengvall is now trying his hand at center tackle for the Pumas’ first-year men’s volleyball program. As a snapshot of his latest venture, he made a series of shrewd net bashings that helped the Pumas secure a crucial league win over Poudre on Tuesday.

Ava Welty, Sr., and Mia Welty, Jr., Erie/Fairview: The sisters were key members of Erie women’s basketball in the winter, with Ava averaging 6.8 ppg and Mia 7.9. This spring they are part of the 5A No. 4 Fairview lacrosse team. At the start of the weekend, Mia scored 12 goals and Ava had two goals and two assists.