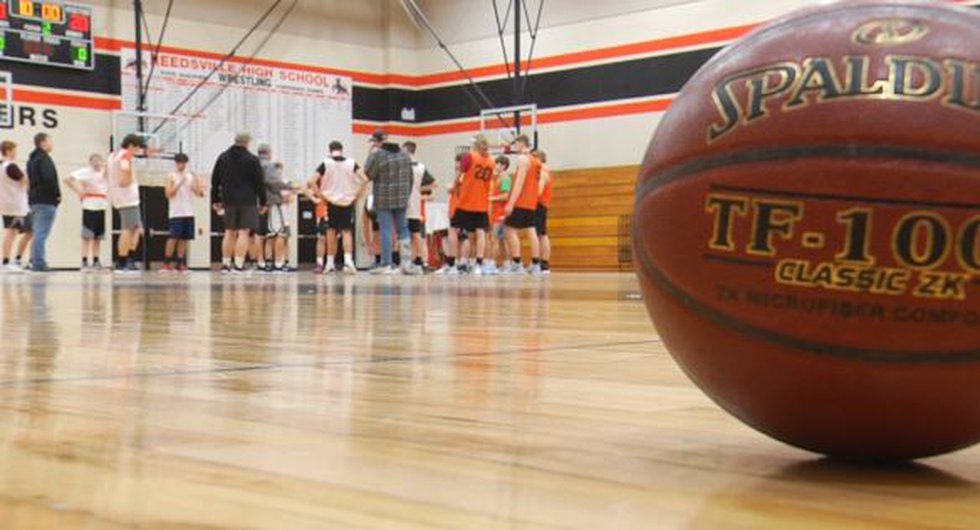 “You can’t think about it all the time. Just keep it in a corner of your head and stay humble. It’s cool to be on top and know that people think you’re one of the best teams,” said Brennen Dvorachek senior.

Dvorachek, a quarterback for Reedsville in the fall and a winger in the winter, is used to having the target on his back. In the fall, the Panthers were ranked at or near the top until they brought home the school’s second Golden Ball (the 1946 men’s basketball was the other).

“Since we ranked first in D5, I mean everyone wants to beat us. I mean, as we keep winning games, playing better and better with teams, winning, then you kind of start to believe it,” Carter Salm said.

Salm was not on the football team in the fall, but is a key part of the current hardwood run. He is not alone. About half of the basketball team plays other sports or specializes in basketball.

“They all walk the same halls together at school, and I think they all feel the same way. They want to be the best they can, and it’s just a really good time right now. A lot of fun being with all these young people,” said head coach Ron Prochnow.

“It’s not too different because you’ve already played with the basketball guys for most of your high school career. You kind of already have these pieces already built, and you just have to put them together when you arrive. here,” Dvorachek said.

No season is without challenges. The biggest part of the regular season for Reedsville came Wednesday night against Sheboygan Lutheran, one of Division 4’s top teams, which ended in a 72-56 loss.

“Well, playing this team, it could be the best team we play all year. If we can fix what we did wrong there,” Salm said.

“We have it pretty well, but they have it really well over there. If we can keep building it, always having a positive mindset and attitudes, I think we could still improve,” Dvorachek said.

Life as an Athlete and Sports Management Student