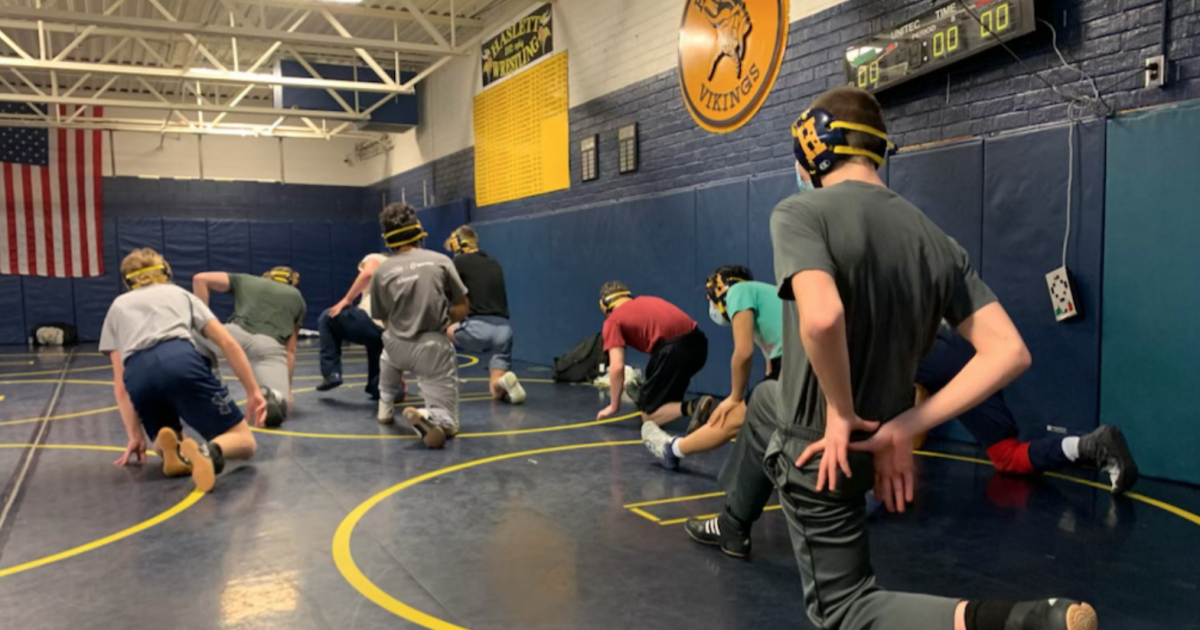 The delicate balance between maintaining COVID-19 protocols and the spread goes hand in hand with the desire of local athletes and prep coaches to play out their seasons.

EAST LANSING – High school coaches and athletes are ready to do whatever it takes to complete the 2021 winter sports season.

They want to get through it all; mask-wearing, testing regimes, and plenty of competition in a short time because, ultimately, the opportunity to play outweighs these hurdles.

The real challenge would be sitting at home and doing nothing, watching COVID-19 keep their identity just out of reach.

Casen Faustyn, a senior defenseman for Okemos High and Lansing State Journal hockey player for 2019-20, said he was “devastated” when his sport received another postponement.

“The morale was really low in the team,” he said. “We didn’t really think we were going to have a season… It was really sad; it could have been the last time I played hockey; I didn’t know if I would ever play hockey again.

When the season was reinstated on February 11, Faustyn wanted nothing more than to lead his team to the finish line.

Now, a few weeks into the season, he realizes it won’t be easy. Due to the pandemic, Faustyn feels like he’s been stripped of his ability to build relationships and build team chemistry in a year where togetherness has never been more important.

“I feel a lot further away from the underclass this year, because we haven’t been together as much,” Faustyn said. “When we are, we’re in separate dressing rooms. I just feel like we’re not as close to a group this year as we would have been had we had a full season.”

Faustyn continued, “There’s a lot of other things that make high school hockey really fun, like being able to dress up in your own personal locker room, ride a bus and have fans at games that really give it that atmosphere and you are really fun. pumped up for a game. Without these things, you can say that it hurts the morale of the team.

Samantha Ybarra, Grand Ledge High’s competitive cheerleading coach, echoed those sentiments. After being sidelined for a year, following COVID-19 protocols in and out of the gym has become a huge priority.

Athletes are screened with a series of questions, while their temperature is taken, one occurrence for each event/training that Ybarra hosts or coaches.

They should always wear masks, use hand sanitizer at all times, and clean their indoor cheer shoes only with alcohol wipes.

“I think everyone really knows where he’s going and what he’s doing,” she said. “The girls really understand that they shouldn’t go to parties… where COVID could spread. I think the girls really appreciate being able to have this season… they’re really dedicated, and I think everyone understands at how important it is for everyone to be careful, especially at this point where he could just be taken out again.

“…I think that’s what helped us keep everyone as healthy as we’ve been up until now. We’ve been really lucky; we haven’t had any problems.”

The return of winter contact sports was treated as a victory, but with COVID-19 constantly postponing professional and collegiate competitions, the challenge of finishing the season began to sink in.

However, the opportunity to compete has allowed young people to overcome adversity and fight for what they love most.

“I obviously wish it was normal,” said Kaleb Corser, a senior wrestler at Haslett High. “But at the same time I’m grateful, even if it’s just for a whole month – we can still struggle…it gives us seniors good experience because we have to push ourselves even more. We know this tournament to come or the meeting could be our last because you don’t know what’s going on with COVID.”

Wrestling, a sport with inevitable contact, has test regimens before every encounter. And yet, the sport can find itself in murkier waters than hockey or cheerleading.

Haslett’s wrestling coach Reymundo Quintero knows his team is ready, but more importantly he feels wrestlers understand the consequences of going against the grain.

“For us, it’s just another hurdle that we have to do, but we’re okay with that…it’s one of those things that’s like ‘okay, they say we have to do this to wrestle’ “Quintero said. “It’s no different than walking on the carpet… For me, it’s one of those situations where I just want everyone to stay safe. Wear the mask if you have to wear the mask… you want to see everyone tomorrow.

“I know everyone has their opinion on who can get sick and who can’t get sick. My theory is just to keep everyone healthy. My guys – I ask them to think about their family members; if they weren’t there, how they feel… we can start again tomorrow if we can just do this simple thing.”