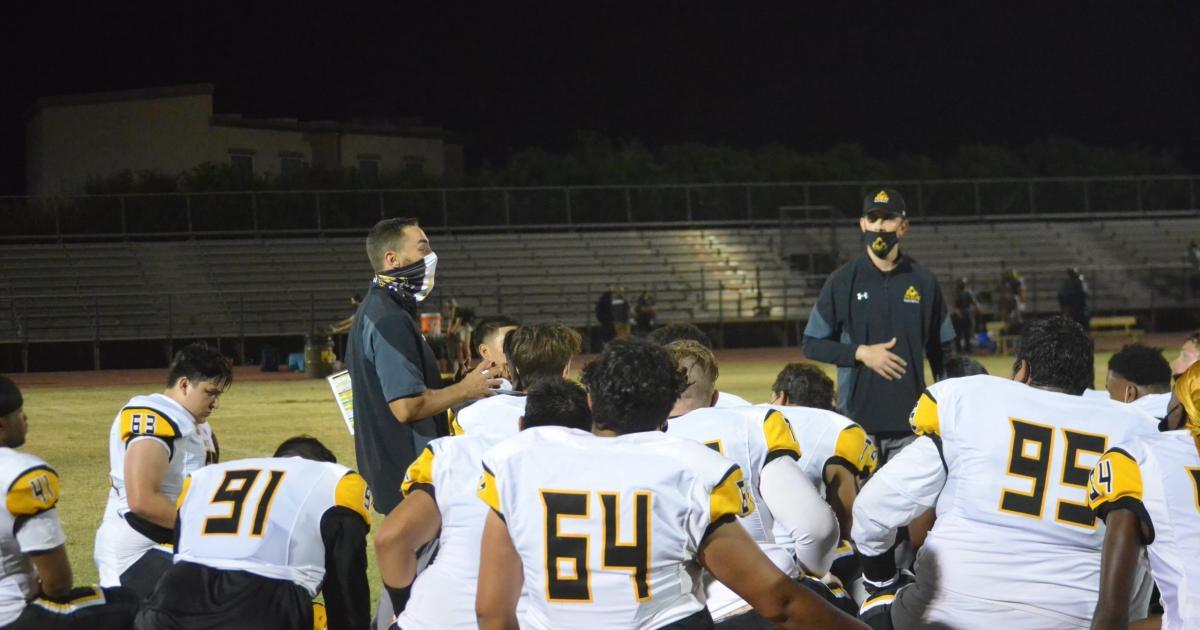 When Robert Ortiz, the new track coach at Marcos de Niza High School, asked women’s basketball coach Brianna Gholston if he could visit one of her team’s practices, his main goal was to cheer on the players. to run on track in the spring.

But Ortiz was also looking for a hurdles coach to add to his team.

“I asked [Gholston] if she knew anyone, because she’s a veteran here,” he said.

It turned out that Gholston herself, as a former track athlete, was interested.

“She jumped on it,” Ortiz said. “In fact, she will help us with the hurdles, the high jump and the relays… [I was] just trying to promote the program to girls, and boom – that’s how it goes.

Ortiz’s recommendation to the Tempe Union High School District Board of Trustees as the Padres’ new track coach has been officially announced. announced Monday. He assembled a team that included coaches from across Marcos de Niza’s athletics. Gholston joins a group that also includes head football coach Anthony Figueroa, cross country coach Vaughn Popeney and several other teachers and coaches.

“Track is that sport that correlates with any other sport,” Ortiz said.

The versatile Ortiz has played several roles since joining Marcos in July. He heads the physical education department and served as offensive coordinator under Figueroa in the fall.

Before joining Marcos, Ortiz spent two years as a coach at Mingus Union High School — his alma mater, which he obliquely refers to as “up north.” Even earlier, he and Figueroa had been positional coaches at Mesa Community College, where Ortiz coached wide receivers and Figueroa coached tight ends.

Back then, Figueroa’s experience had been mostly in defense. As such, Figueroa said, “I had the opportunity to learn from him at Mesa when I first arrived.”

This established a relationship which led to the two reuniting in Marcos in 2020.

“Robert is definitely a guy who can get the most out of everyone he coaches,” Figueroa said, “because he makes them want more of themselves.”

One of Ortiz’s main responsibilities as a track and field coach is recruiting athletes from other sports to run on the track in the spring.

“We really rely on these student-athletes who play in multiple sports, and we really produce,” said Kayla Melgar, Marcos’ administrative assistant for athletics.

Ortiz said he and the rest of the athletics department are on the same page, and noted that Marcos’ successful teams of the past have included multi-sport athletes.

“It seems like a lost art in athletics today,” Ortiz said, “because so many kids are trying to specialize.”

Ortiz said he’s been doing preseason practice with the track team for about a month. In the process, he had to help his proteges with another challenge: staying positive amid the pandemic. Last spring, the team’s season ended due to COVID-19 after just a few events.

The schedule for this season is not yet fixed. Melgar said the board will officially confirm Ortiz’s hiring by March 1, when spring sports begin. Beyond that, Ortiz said the exact start date of the Padres’ Division III track season is uncertain, though competition could begin after March 15.

“If there’s anything we’ve learned this year,” Ortiz said, “it’s [to] expect the unexpected virtually every minute of the day and stay as flexible as possible.

In the meantime, Ortiz can count on his fellow coaches. Figueroa said Ortiz has reached out to him before for advice on the logistics of running a team during the pandemic.

Figueroa added that coaching during a pandemic means showing strength for his student-athletes.

Ortiz said he sees coaching a wide range of athletes in track and field and helping them develop skills for their own favorite sports as a chance for him to “become a leader and a better person in general.” . This spring, he will do so with a well-equipped staff at his side.

“It takes a village, man,” he said. “The right leaders, in terms of the village itself, are there, and now it’s about using our resources and then pushing those kids.”

PhD in Sports Management. grabs a spot in the National Top 10