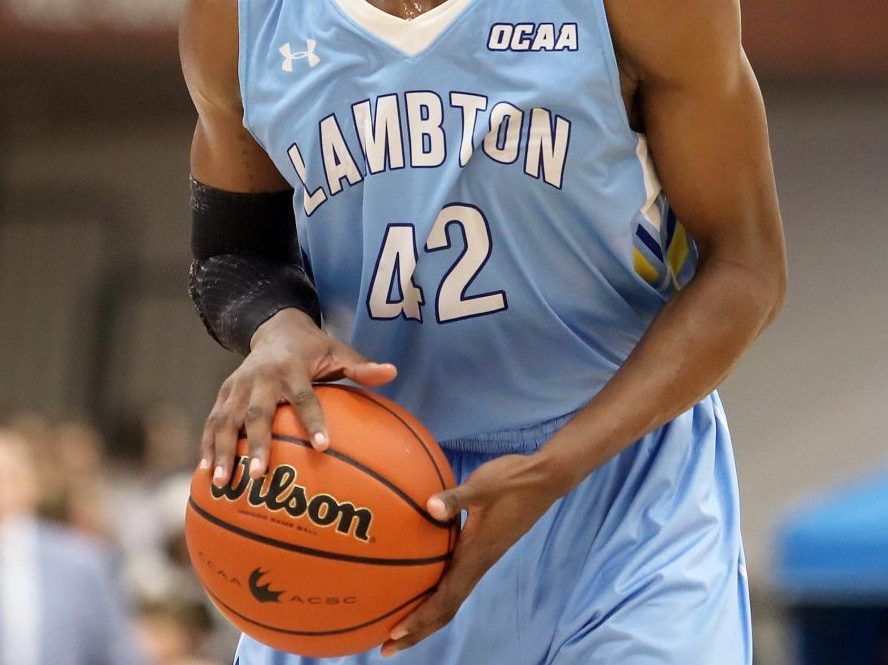 Zion Ainsworth and Hayden Scott of Great Lakes High School will join the Lions men’s baseball and basketball teams for the 2022-23 season.

“Lambton College has always been the college I saw myself attending because of the great respect it commands, both academically and athletically,” Ainsworth said in a statement. “It’s a great campus, and it has great facilities for college programs that will allow me to excel as a student-athlete.”

Ainsworth is a point guard in the field and an inside midfielder and a pitcher on the diamond.

“Lambton fans can expect a player who works hard, who will play with his heart and who will be a good teammate,” he said.

Ainsworth summers for the Sarnia Brigade senior men’s baseball team, while Scott most recently played with the Corunna Giants.

Scott is expected to be an outfielder on the Lions baseball team and a shooting guard on the basketball team.

“I really like the coaching staff and fit in well with the other players,” said Scott, who will be majoring in sports and recreation management. “They also had the course I wanted, and the ability to stay in my hometown is a big selling point.”

Scott and Ainsworth are the first two male basketball players to sign with the Lions for next season.

The 2022 baseball recruiting class also includes second baseman Nolan Leighton of Bowmanville and Alex Austin of Orono. They were teammates of the Clarington Renegades.

“Fans can expect to see a player who never quits and plays hard every game,” Leighton said. “…I’m best known for my defense and my speed, but I’m also not afraid to sacrifice my body for the team. I bring everything I can to every game, I’m there for my team and I’m always working to give my best. »

Petrolia Flyers goaltender Tyler Richardson made 34 saves in a 4-2 win over the Dresden Kings Thursday of the Provincial Junior Hockey League.

Landon Marcy, Clay Dolbear, Andrew Jaques and Evan Morningstar scored for the Flyers in front of 305 fans at the Greenwood Recreation Center.

They were leading 2-0 after one period and 3-1 after two.

Notah Hopkins and Jackson Arcand scored for the Kings, and Ty Golden made 37 saves.