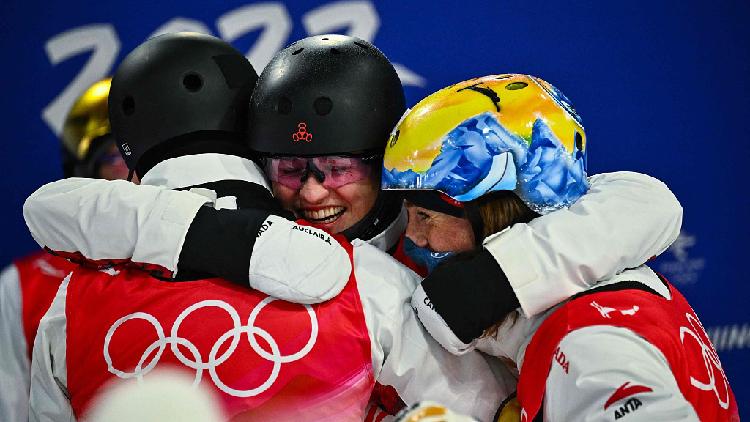 Although she and teammate Loan Bozzolo were eliminated in the quarter-finals, they had just competed in the first-ever mixed team snowboard cross event at the Olympics and the significance was not lost on her.

“Snowboarding is really developing and we’re very happy about that,” the 2018 Olympic silver medalist told CGTN. “We’re all fighting to make it through the World Cup, but it’s also a fight for our sport because…we would really like to see snowboarding grow and be taken seriously.”

“Since it’s the Olympics, I think it’s [taken seriously] …but to have one more event, and one more event that we athletes love, that’s huge!”

Snowboard cross is just one of four mixed events that have been added to the Olympic program this year.

Since Sochi 2014, nine events involving male and female athletes have been included in the Winter Games, including biathlon, figure skating, luge, curling and alpine skiing.

And the athletes are thrilled to have more opportunities not only to win a medal, but also to show what they are capable of. 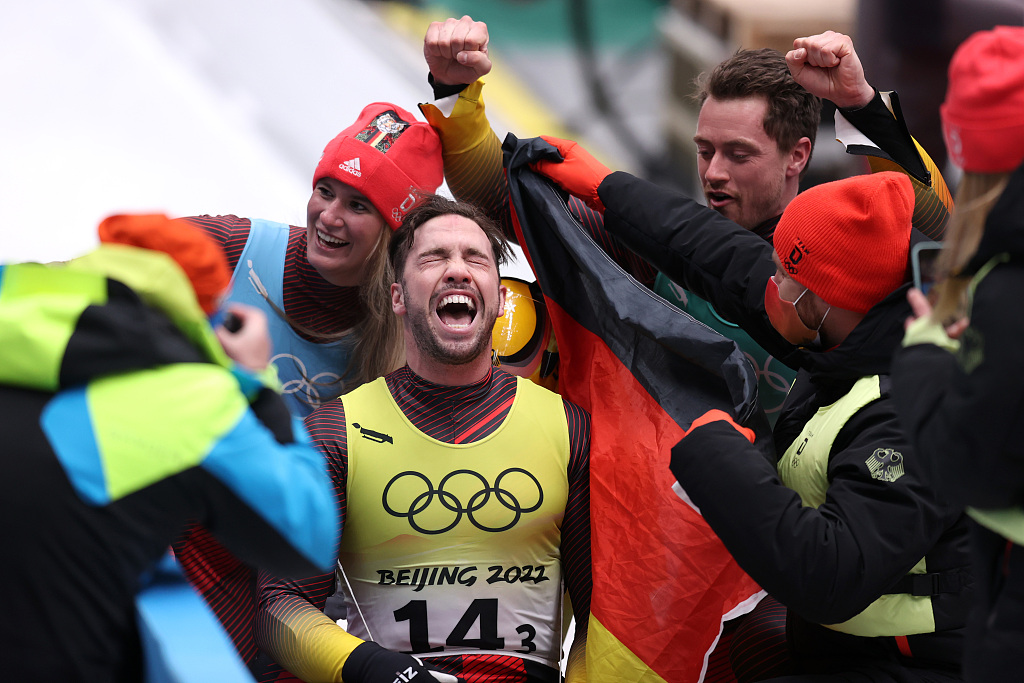 The German team celebrates winning gold in the luge team relay of the Beijing 2022 Winter Olympics at the National Sliding Center in Yanqing, China on February 10, 2022 / CFP

The German team celebrates winning gold in the luge team relay of the Beijing 2022 Winter Olympics at the National Sliding Center in Yanqing, China on February 10, 2022 /CFP

“For us riders it’s wonderful, it gives us a second chance, otherwise you really only have one medal chance every four years, and there’s a lot of pressure,” said the snowboarder. Austrian Alessandro Haemmerle, who won gold in men’s snowboarding. cross before entering the team event. “It’s just a bit of a bonus and it’s really fun.”

Mixed teams are a welcome change in sports where athletes typically compete alone, creating a close bond between teammates who go up and down together, and relieving some of the pressure during competition, although it can also add nerves.

“Usually we race individually,” Haemmerle said. “But in the team, it’s a completely different atmosphere at the top [of the mountain]. It’s a nice feeling to know that someone has your back.”

“You make the jump on your own, but the team relies on you, so there was a whole new level of stress,” noted Team USA’s Ashley Caldwell after winning gold in the first mixed freestyle ski jumping event at the Olympic Games. Thusday.

Nonetheless, she insisted, “It’s a very fun and different vibe.”

Read more: Mixed jumps take off at the Beijing Olympics 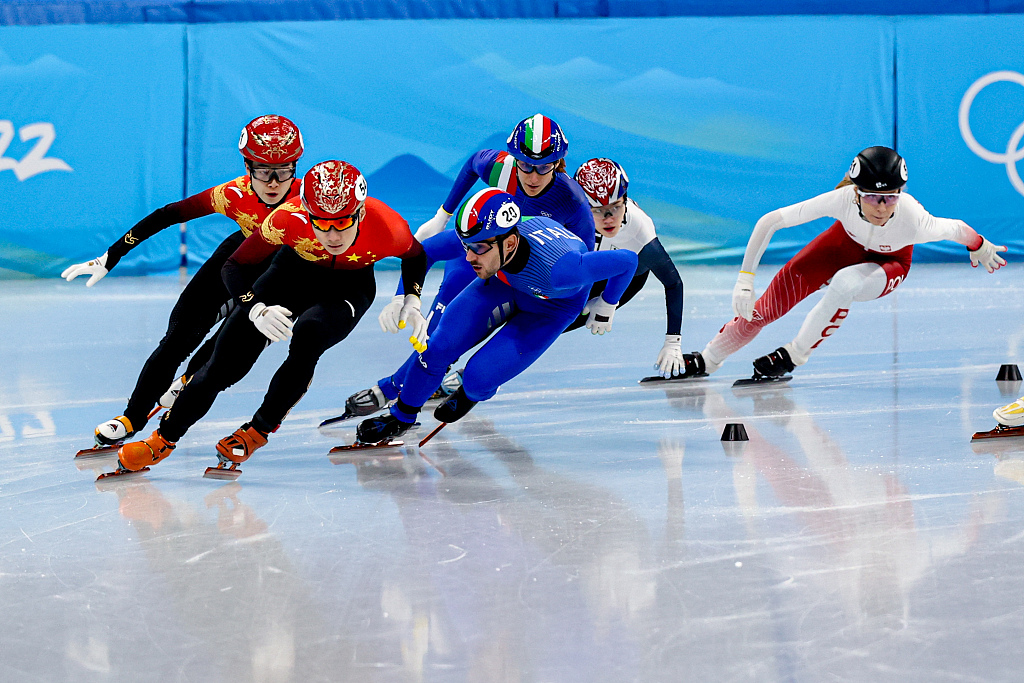 The Short Track Speed ​​Skating Mixed Team Relay is one of the new events at the Beijing 2022 Olympics, with China winning gold, ahead of Italy and Hungary, at Capitol Indoor Skating in Beijing, China , February 5, 2022. /CFP

The Short Track Speed ​​Skating Mixed Team Relay is one of the new events at the Beijing 2022 Olympics, with China winning gold, ahead of Italy and Hungary, at Capitol Indoor Skating in Beijing, China , February 5, 2022. /CFP

For some of the younger and less established sports, having more events in the Olympics will increase their visibility and, with that, the hope of increased funding.

“At the Olympics everyone is looking at you, when they see another aerials event it pushes your sport and that’s good for us,” noted Pirmin Werner, who finished fourth in the aerials team event. with Switzerland.

“It’s a totally different competition [to individual events] and for nations that have a super strong male athlete but maybe not such a strong female, or vice versa, that gives extra motivation to fund the other gender,” added Swiss snowboard cross rider Kalle Koblet.

The joyous scenes at last week’s mixed luge, freestyle ski jumps or snowboard cross events, with teammates hugging and falling on top of each other in celebration, illustrated how these competitions are filled with emotion and what a great spectacle they can be for an audience watching live or thousands of miles away on television.

“That’s incredibly cool!” Austrian ski jumper Eva Pinkelnig loved the new mixed team event in her sport last week. “It’s a very important next step, we’ve seen that these are always cool competitions, even at the world championships, and the next step towards the Olympics is super important.”

“We must not forget that our sport is incredible, that it attracts people, and that people are totally behind us,” added French snowboarder Loan Bozzolo. 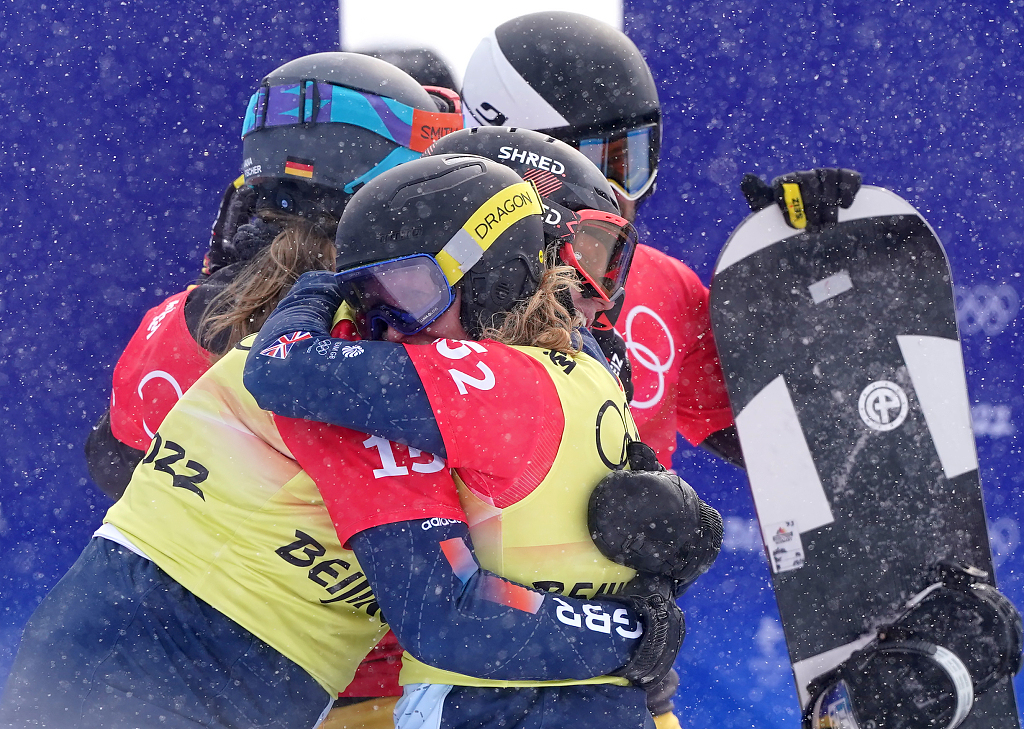 The Beijing 2022 Winter Olympics have been touted as the most gender-balanced in history, with female athletes making up more than 45% of the total and more women’s events included than ever before.

Mixed team events added to this push, much to the delight of long-time campaigners.

“I’ve always been a huge supporter of women in sports and female empowerment in general. And I’ve always pushed myself to do harder stuff to show the world that women can do it,” said Caldwell after his team’s gold.

“Having more women in sport at a high level is great for the world and empowering people around the world to respect women and play sport is amazing.”

But of course, “there is always room to grow,” she noted.

“We will definitely increase the level of difficulty over the next few years,” also promised mixed team bronze medalist in aerials, Marion Thenault of Canada.

Women’s ski jumping, which was only added to the Olympic program in 2014, “is getting stronger and stronger,” noted silver medalist Katharina Althaus of Germany.

Now having a second women’s ski jumping competition at the Winter Games, in the form of the mixed team event, “is the right direction and I hope for more,” she said . “It’s great for our sport.”

Overall, every athlete CGTN spoke to was unanimous: mixed team events are just a lot of fun. And if they are advancing the sport and the representation of women, the more the better.