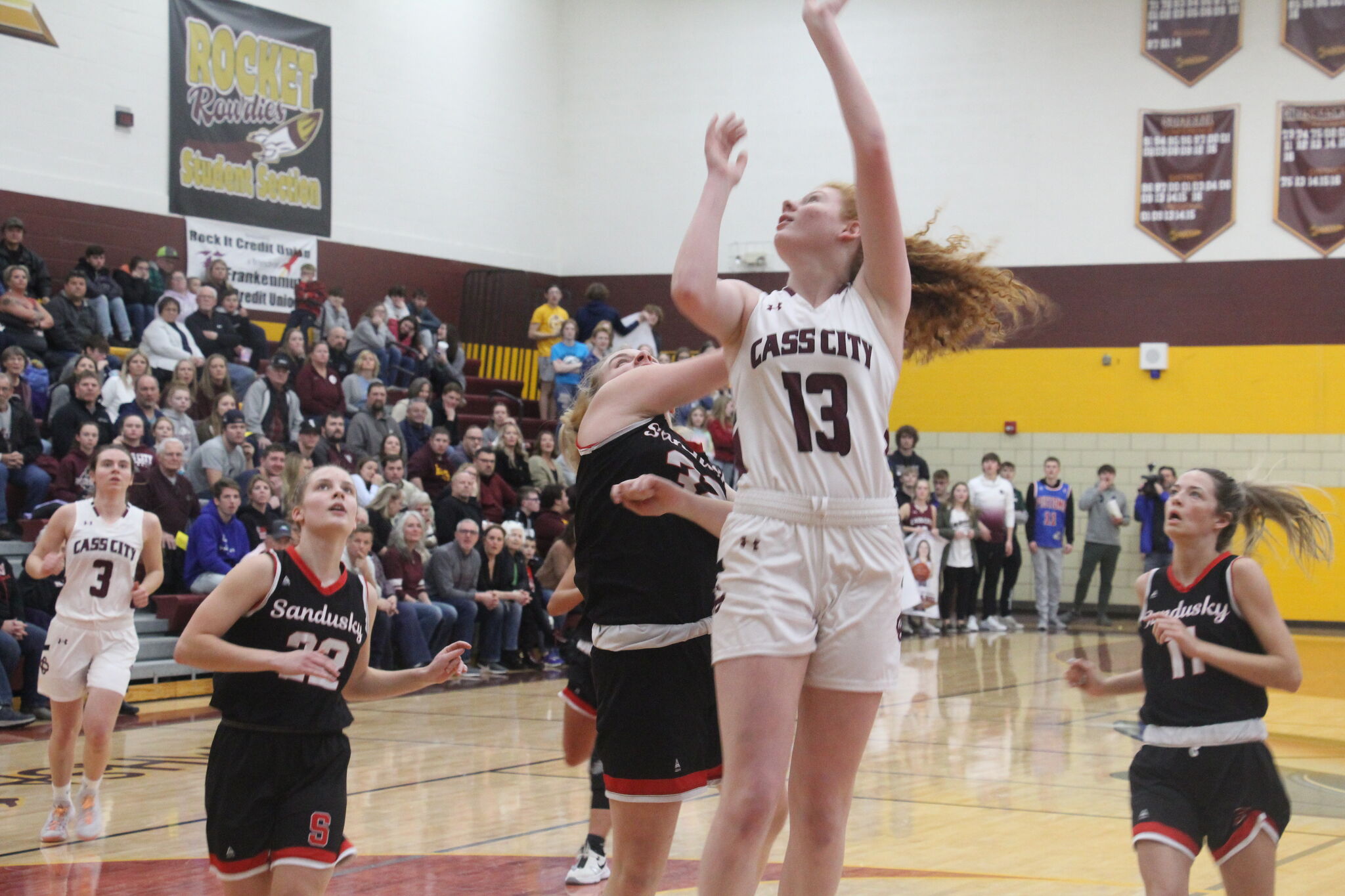 How do multisport athletes help their teams and stay fit?

Lakers football coach Dave LeVasseur said players should participate in more than one sport throughout the year.

“I think all players should participate in three sports,” he said. “The element of competition cannot be duplicated. Also, smaller schools rely on these athletes much more than larger schools. Athletes in all three sports should be highly and widely valued.”

LeVasseur said the football team lifts year-round, and that can help athletes in sports other than football.

“We lift all year round for football, including during the season,” he said. “I feel like the power-clean and the squat are the two big ones, especially the power-clean. We also do plyometrics and speed training. I feel like being explosive is far more important than brute force.”

“We also incorporate bungee, jump rope and ladder training as much as possible,” he added. “I like to try to stay focused on the bench, power-clean and squat. Then we’ll use all the other options as supplements.”

Lakers basketball coach Bill McLellan enjoys working with multi-sport athletes and he commented on the differences between them and athletes who only play basketball.

“I love football players,” he said. “They come into the season in shape, their intensity is there. Generally, guys who haven’t played football need to get in better shape. They need to do it in the mentality and physicality of the game. Those are usually the guys who take longer to catch up, actually, than the football guys.”

“Actually, I love two- or three-sport athletes,” he added. “They are physically and mentally prepared for the season.”

Bad Ax senior Aaron Sowles is a tri-sport athlete, and that helps him stay fit all year round.

“I like to play three sports all year round,” he said. “It helps me stay in shape. I also try to apply what I’ve learned in other sports to basketball.”

Bad Ax senior Noah Kervin is also a multi-sport athlete, and he says there are more things to focus on than just staying in shape.

“For me, I feel like the sports I’ve been doing have helped me stay fit all year,” he said. “In addition to practice, I really try in the spring and summer to lift weights at least five or six days a week, and I always maintain my basketball skills. In everything I practice, I try to work on the skills that weigh on me.”

“In terms of routines, I always try to keep my mind free and open, but also focused at the same time,” he added. “Another routine I have is to make sure I eat well. Whether it’s on a weekend, before a game or after a game. Recovering, I’ve learned, is just as important as training. .”

Kervin said his teammates also play an important role in being a multi-sport athlete.

“For every sport, I feel like I’ve always been there for my teammates,” he said. “I keep in touch with them, even if it’s off season.”

Cass City rookie Shelby Ignash says the ability to jump and move quickly can take you far in any sport.

“I think the ability to jump and move quickly can get you pretty far in any sport,” she said. “So I’m mainly focusing on jump training. It’s also helped me with my speed and agility. It’s hard to do that in the middle of the season, so I did it mainly during COVID and summer.”

Multi-sport athletes were encouraged by coaches and players.