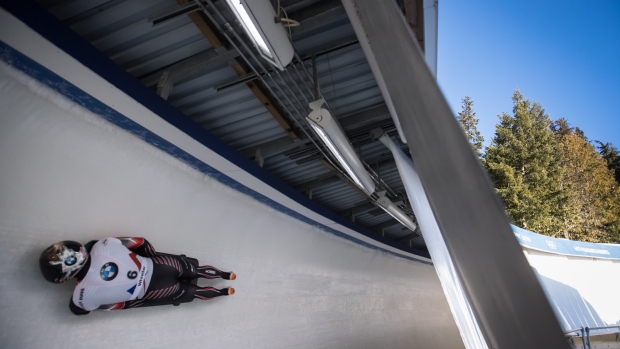 CALGARY — Bobsleigh Canada Skeleton has signed an agreement to join Abuse-Free Sport, the new federal program to prevent and address abuse in sport in Canada.

Effective January 17, 2023 at the latest, complaints of domestic abuse, discrimination and harassment will be escalated directly to the Office of the Sport Integrity Commissioner (OSIC).

The announcement comes a week before the beleaguered national sports organization resumes its bustling annual general meeting which was abruptly adjourned on September 29.

Many Canadian bobsleigh and skeleton athletes, current and retired, are calling for the resignation of Sarah Storey, Chair of the Board and Interim CEO of Bobsleigh Canada Skeleton (BCS), since March, denouncing what they called a toxic environment of mistreatment within the organization.

Storey left the AGM in Calgary before a vote on his chair could take place. The meeting will resume on November 5 in Whistler, BC

“A safe training and competition environment for everyone involved in our sport is Bobsleigh Canada Skeleton’s number one priority,” Storey said in Friday’s OSIC announcement. “We all have an important role to play in ensuring that our community is inclusive, welcoming and safe for all to enjoy.

“Today is another milestone in our organization’s commitment to supporting a national movement to change the culture of sport in this country. As part of this commitment, we are delighted to register with Abuse-Free Sport and soon have OSIC to administer our Safe Sport Complaints.

During the transition period, BCS said it would fully adopt the Universal Code of Conduct to Prevent and Address Abuse in Sport (UCCMS).

Athletes have reacted angrily to the planned conclusion of the AGM, saying the date and location hamper opportunities for athletes to participate.

Three-time bobsleigh Olympian Neville Wright tweeted that “the date for the AGM is set on the day the athletes go (to the competitions). Official training for the race begins the day after the AGM. You must be present in person (OUT OF PROVINCE).

BCS said the AGM was adjourned to ensure only members eligible to vote could vote and all eligible members could vote.

Tara McNeil, a 53-year-old sports physiologist from Calgary, nominated herself for president after being approached by a group of athletes to run for the position.

St-Onge has given national sports organizations until April 2023 to become full signatories to the OSIC, which began receiving complaints on June 22.

Gymnastics Canada, Rowing Canada and Hockey Canada, just three of the struggling sports that are part of what St-Onge called a “safe sport crisis” in the country, signed with OSIC last week.

This report from The Canadian Press was first published on October 28, 2022.